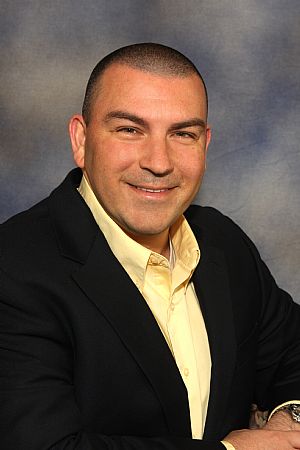 Carmine graduated from SUNY Stony Brook with a Bachelors of Engineering in Electrical Engineering and a minor in Computer Science. He also received the Engineering Department’s Leadership Award. His experience extends back to high school when worked for a computer consulting firm as an intern. He continued working part-time for the consulting firm through college and started full-time after graduating. He then earned his Microsoft Certified System Engineer (MCSE) certification and was shortly thereafter promoted to Small Business Manager. Four years later he became a partner.

After 2 years as a partner, he left that company to form ProSysCon. He is ProSysCon’s CEO and Chief Consultant and Engineer. He has accumulated over 25 years of experience ranging from the original IBM PC’s to modern virtual platforms hosting dozens of servers.

In addition to his responsibilities at ProSysCon, Carmine also sits on the board for The Care Center, a non-profit organization that provides services to women with unplanned pregnancies. He is also the 2nd Vice President of the Three Village Chamber of Commerce Board of Directors and is a Past President of the Port Jefferson Chapter of LeTip.

Joey came to ProSysCon and quickly found a place recommending, configuring and troubleshooting a wide variety of technologies. His diverse skill set spans Servers, Workstations and almost any network device you can think of. He has an ability to observe and isolate complex issues. He has experience configuring and troubleshooting Windows, Mac and various versions of Linux. His experience with such a diverse technologies has made him a valuable asset to ProSysCon and our clients.

Andy is a 20+ year veteran of the IT industry. He recently joined ProSysCon’s technical team after years of supporting major airlines at an international airport. He has a tenured history supporting nearly every version of Microsoft’s Servers and Workstations Operating Systems ever made. His experience supporting a diverse set of networking technology including Wireless, Advanced Switching/Routing and Complex Software, gives him a confident and competent approach to configuration and troubleshooting.

Joe came to ProSysCon originally as an intern during college. He quickly learned ProSysCon’s methods and approach to configurations and troubleshooting. He is very comfortable with both Windows and Mac, and has developed extensive experience performing our initial configurations and large network rollouts. He also has the ability to understand new technology quickly, as well as make it accessible to clients.

ProSysCon provides a newsletter to keep you updated on new services, breaking technology news and emerging security threats.
Contact Us to be added to our mailing list.